Future Monkeys are a Psytrance band from Portugal that redefines the psychedelic spirit. They will join us for a special show, featuring an exclusive Liveset, followed by an interview with Ishikawa ( Angad Kumar Kapoor / Phonix Records / Kaos Krew Records ) on 8th August on Radio Schizoid. 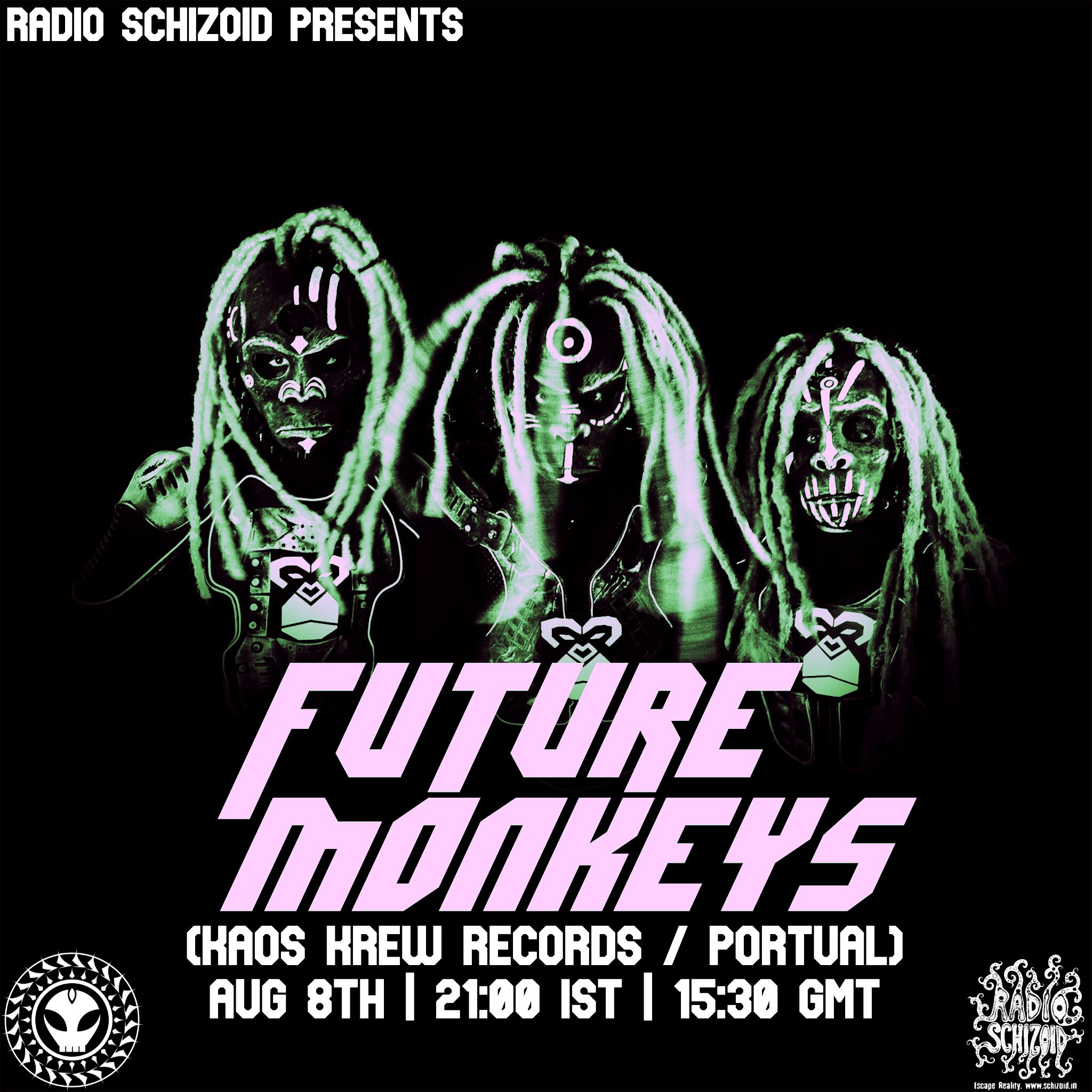 Future Monkeys are a Psytrance band from Portugal that redefines the psychedelic spirit.This project started back in 2007 with a concept that joins live performance music with astounding visuals performed by 3 musicians and a VJ.
Their influences gather the best from the psytrance scene from the last ten years as well as influences from heavy-metal, acid rock and experimental with an astonishing digital power.
With an incredible and unmistakable image and sound this project has been growing throw the years counting with many colaborators such as RAF ART STUDIOS and TORUS VISUALS that created the masks and costumes as well as all the visuals during the live performances.
Since their live debut, the Future Monkeys have been seeding their magical message with contagious live acts throughout the country, be it in small parties, underground events, festivals, discos and outdoor raves with artists like Skazi, Bliss, LOUD, Shivax, Cosmo, Indra, Prozac, SUN Project, Super Evil, Broken Toy, Brain Hunters, Zinx, Phanatic, Alienn, D-Maniac, Anestetic, Juggler, Khopat, Star Alliance, Psilocybe Project, Blazing Noise, Abomination…and many many more…
With 3 EPs already released and a couple of VA. contributions this project now goes for fresh tunes with a new formation and the full support from Kaos Crew Records promising new releases for 2019!
Check out this project in social media and more:
https://soundcloud.com/future-monkeys
https://www.facebook.com/futuremonkeys/
https://www.beatport.com/artist/future-monkeys/304094
https://itunes.apple.com/am/artist/future-monkeys/585066959