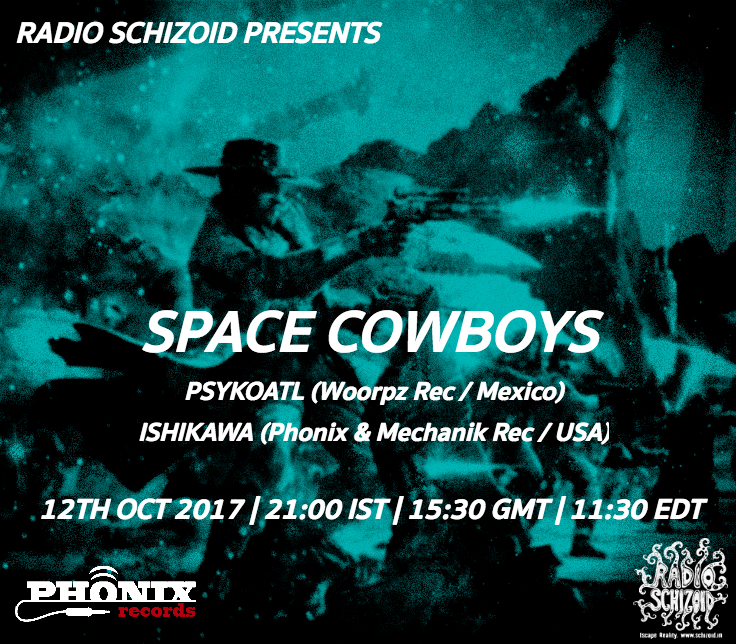 Marco Reyes is “PSYKOATL“( maybe you are asking yourselves WTF does it mean?, well there’s a little and quickly explanaition he wanted the name QUETZALCOATL[mexican deity] with the word “PSY” and he chose the name QUETPSYKOATL but was too large so he made it shortly to PSYKOATL, and it means: MENTAL SNAKE) his first contact with psychedelic music was on september 2005 instantly fell in love with the scence of the psy-trance music since then he started to assist to all parties in his city and other near by. After some parties he got the feeling to “be like the dj’s” and started to practice with some friends, after that he got invited to some private parties and play in there. Then finally he could play at some parties with live act. His style is based on night time psytrance music hi-tech, twilight or whatever you want to name it.